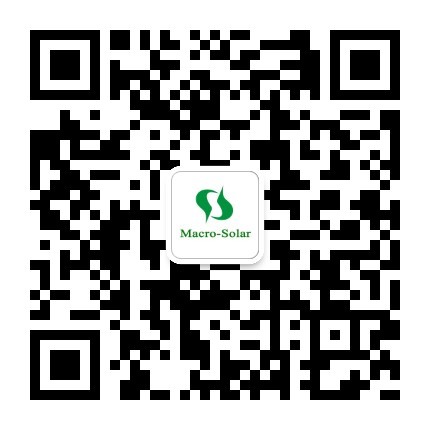 Macro-Solar is focused on long-term development and is willing to create innovative,

According to Reuters, Yingli Green Energy announced today that it is currently evaluating the trade complaints against seven Chinese solar panel makers against Chinese competitors (including Yingli). Plan to make a positive defense.

On Wednesday, seven U.S. solar manufacturers asked the U.S. government to impose a tariff of more than 100% on Chinese-made solar photovoltaic cells. The reason is that these Chinese products have depressed the prices of U.S. domestic products and caused Americans to lose their jobs.

Yingli Company stated: "We would like to remind everyone that this allegation clearly represents a unilateral view and a one-sided view. ”

Earlier today, the China Electromechanical Chamber of Commerce made a counterattack against the US anti-dumping allegations and warned the United States not to adopt such trade protection measures, which would damage the global economy. Suntech Power also condemned the allegation.

Yingli's 10% revenue in 2010 comes from the United States, the company said: "We are full of confidence in our market position, we will actively defend against this accusation, and we will continue to participate in the US market for a long time."

Since this year, Yingli's share price has fallen by 62%. The company's stock price closed at $3.75 on Thursday.